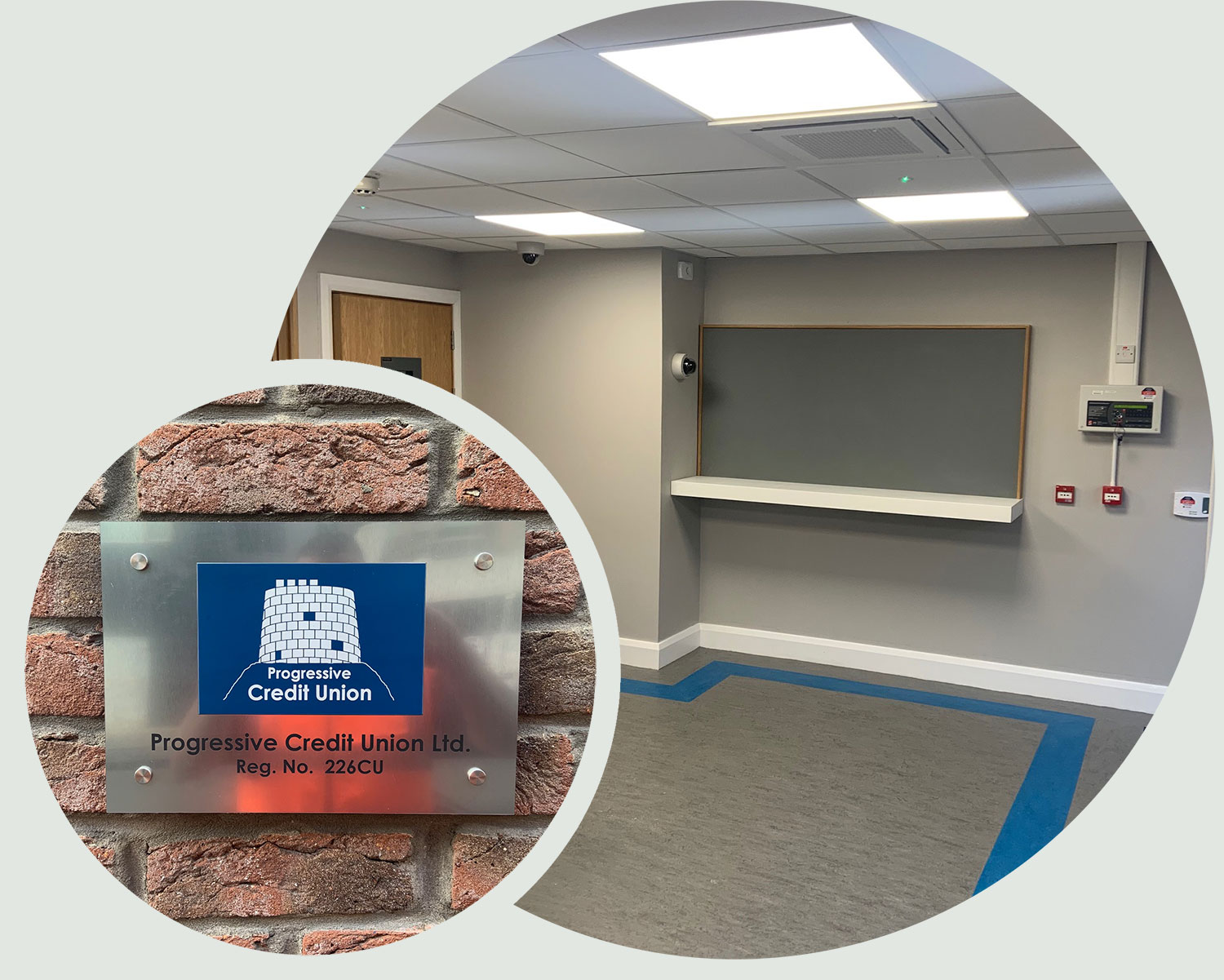 The contract, which commenced in December 2019, covered the management and delivery of a fast-track program of high-quality refurbishments including Building, Mechanical & Electrical works. This called upon the depth of GRSL’s organisation, with in house management and operatives across the full suite of fit-out trades working together in unison to successfully complete these works.

Site activities were meticulously planned and required careful co-ordination with several specialist Progressive Credit Union business services providers, including IT, secure comms and other security interface specialists, for items such as counters and security doors. GRSL worked closely with appointed Architect Rankin Associates and key stakeholders from PCU throughout.

During such a compressed program a number of challenges were both faced and solved by the team.

With only a 12-week fixed timeframe, due to Progressive Credit Union having already sold their existing premises, Global Rail Services Limited, who were appointed as the Project Supervisor Construction Stage, used every spare minute to complete. The team commissioned on the Friday night before the opening, when the keys were handed over, providing a fully operational Progressive Credit Union facility, to the delight of all concerned.

“Our one-stop solution from acquisition through to project completion, provides a tailored service to each individual client’s requirements. Having a fully managed service and dedicated in-house construction, mechanical and electrical teams, allows us to co-ordinate time pressured schemes and delight our clients even when challenges are faced.”

Global Rail Services Limited provide a turnkey building/construction solution for railway, private housing, commercial and industrial projects. Services also include general contracting and building work and can be offered as standalone disciplines in addition to the fully managed turnkey service and works can be contracted on a main contract, joint venture, sub-contract, or resource only basis.

Services offered include but are not limited to: