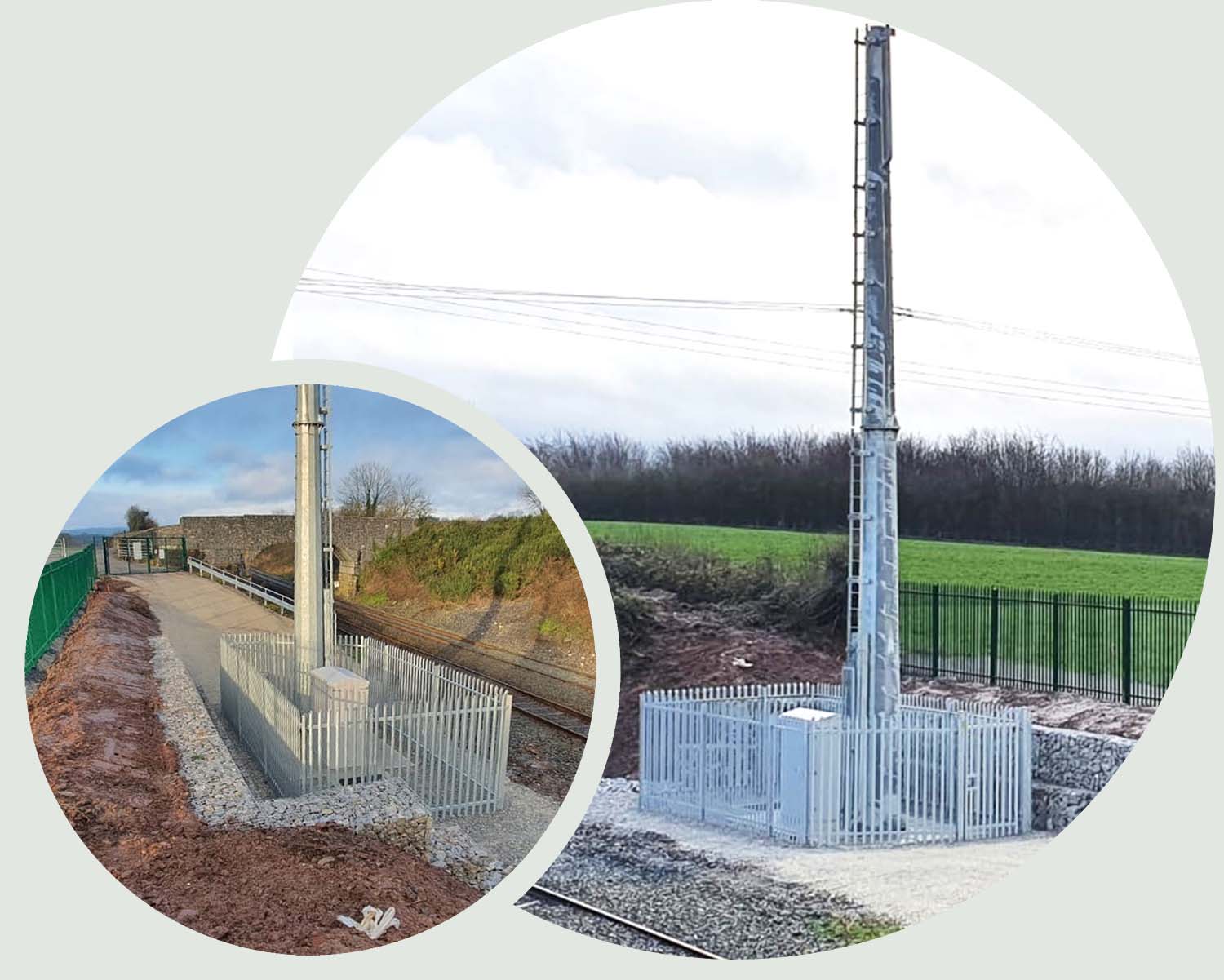 Global Rail Services has been commissioned by Irish Rail to complete the installation of telecoms towers and monopoles including associated civils and electrical works to facilitate the roll out of the GSM-R project as part of the GSMR 3A Civils works package 2 on the Dublin to Cork railway line for Irish Rail. 19No sites in total were completed by Global Rail Services.

As part of this major program of the works, the team at Global Rail Services has recently completed a complex 15m monopole tower project in Cork.

Due to the limited area on site, a large bulk excavation was completed, which then required an engineering retaining support system to be installed prior to commencement of the Mast base location works at this site. This consisted of a large gabion basket structure to retain the existing ground profile prior to the start of the excavation.

The 1.5m excavation was completed adjacent to the rail line under lookout protection, 3m away from the running rail. Global Rail Services installed a 300mm lean mix layer below the base. The steel reinforced foundation cage was installed on site – 3.5m x 3.5m and 1.2m deep. Peri shutters were used to cast the foundation base. All concrete on site was pumped.

Palisade fencing and gates were also completed to create a standalone Telecoms compound.

A crane hard standing area was then constructed to lift the new Monopole into location. Our rigging team completed installation of the 15-metre monopole, which due to the proximity of the track and the requirements for safe working was installed during a TIII absolute possession of line. This element of the project was completed by sister company GRA Networks Ireland (GSMR crews) under the supervision of Michael Ging.

As the team exited the site, they undertook landscaping works, which included planting trees, topsoiling, and seeding.

The works were delivered by our team which included David Byrne and Ger Delaney and were expertly organised, planned and coordinated by Senior Project Manager Damien Carroll.