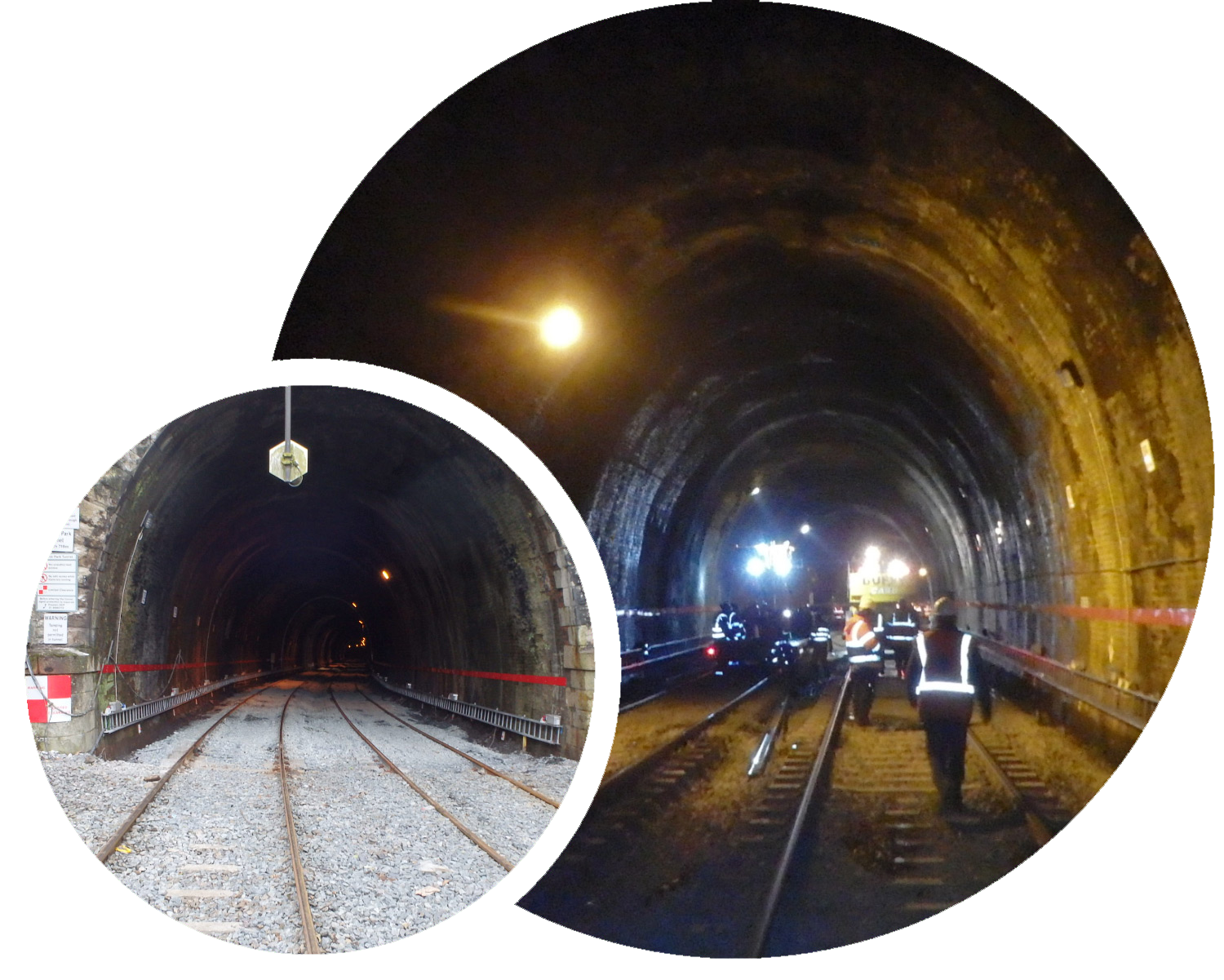 Global Rail Services project works on behalf of the National Transport Authority, are heading towards the completion date of Autumn 2016.

The large multi-disciplinary project – which has been commissioned by the National Transport Authority – is part of providing a fourth direct route into Dublin city centre via Heuston Station, by upgrading a branch line that will serve as a direct connection to the Kildare commuter areas – both North and South of the city.

Global Rail Services upgrade of the 735m long tunnel, will allow commuter trains to operate through it for the first time and is fundamental to addressing the current deficiencies around Kildare.

The project is reliant upon Global Rail Services multi-disciplinary in-house approach. Works in the tunnel not only include cleaning and repairing the masonry and providing new signage, new lighting and telecoms are also required.

Separately Global Rail Services carried out site investigation works on the existing steep embankments leading to the tunnel. The project examined the stability of the existing embankments and recommended stabilizing works required for the reopening to commuter usage.

Not to be left out, GRSL’s building division have also been busy preparing for the new passengers, by upgrading the both Drumcondra and Tara Street stations. Works include new ticket gatelines and a new liftshaft.

The project challenges around working in a live railway environment have been planned professionally by the experience rail team, allowing the project to stay on track for its completion date.