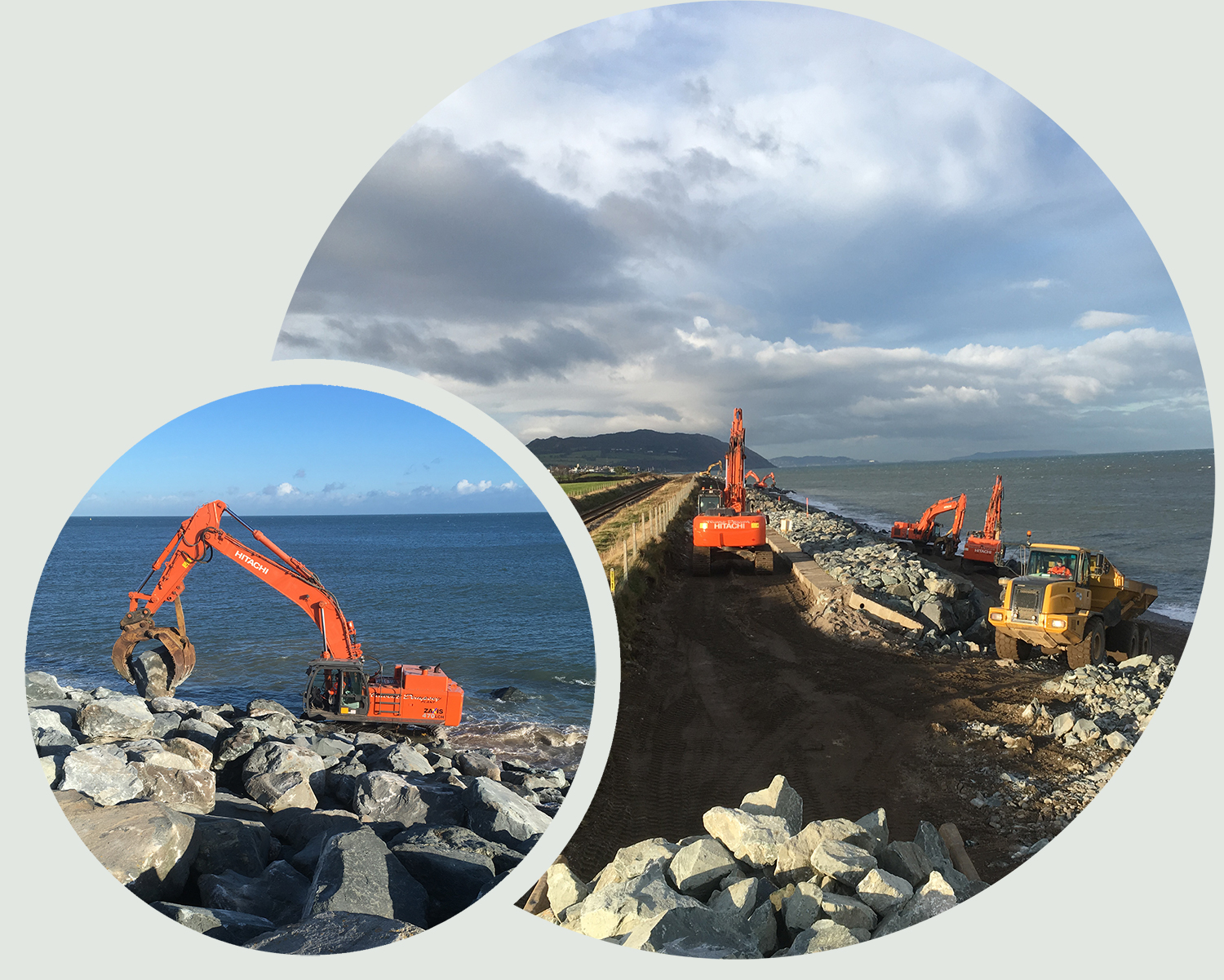 The overall objective of the project is to reinstate coastal protection elements adjacent to the Dublin ‐ Rosslare Railway Line by February 2018. This involves removing and replacing the rock armour and reinstating/replacing the geotextile underlay along with any granular sub-layers.

The company will deploy two fully kitted crews, consisting of 2nr 50t track machines, 1nr 35t machine, alongside 1nr moxy. The teams will work simultaneously in order to intensify the project to meet the fast-track completion date. There will also be another available moxy floating between both crews, which will be used as conditions dictate. In addition, a 25t track machine will be at the access point, which will load all moxy’s – servicing both crews as required.

“This is testimony to the Irish team for their continued hard work, skill and endeavour. This is the fourth contract success in a matter of weeks. Not only are we winning work at a rate of knots, we are also competently delivering them.

“This award is a result of our clear appreciation of working on both railway and environmentally-sensitive sites, where access is restricted, time is limited and where tidal operations are required.”

The total construction period will be approximately 16 weeks for these works.