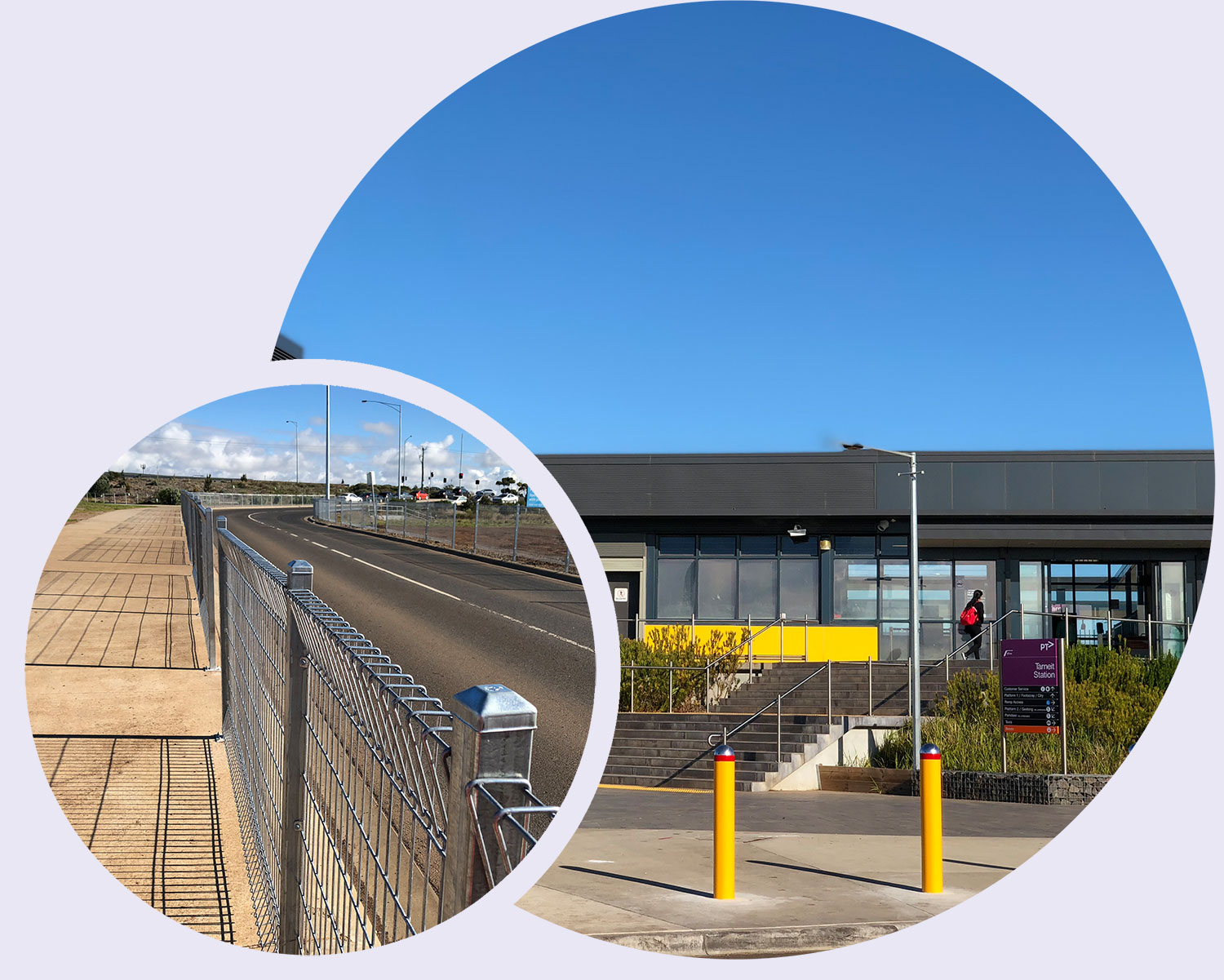 As part of V/Line Corporation’s on-going stations and depots program to improve safety and reliability of their operations, Global Rail Australia was awarded a contract to undertake installation of bollards and fencing at Tarneit Railway Station.

This project was created to increase safety and retain accessibility for shared path users by providing a solution to protect V/Line assets including its footpaths, kerbs, drainage utilities, signage, light poles, trees, and roadside garden beds, is one of a number of rail projects that Global Rail Australia has undertaken for this client.

Global Rail Australia supplied and installed all materials, labour, equipment and machinery necessary and incidental to the performance of the works at Tarneit Railway Station – which is on the Geelong Line – and their solution now allows the station’s patrons to benefit from the remediation of the previous parking issues, which resulted in station public access paths often being used for parked vehicles.

Having a multi-disciplinary workforce with Rail, Civil and Structural Installation expertise, Mechanical and Electrical plus General Construction capabilities, alongside in-house construction management, allowed Global Rail Australia to provide a compelling bid and ultimately deliver a highly commended project on behalf of V/Line. 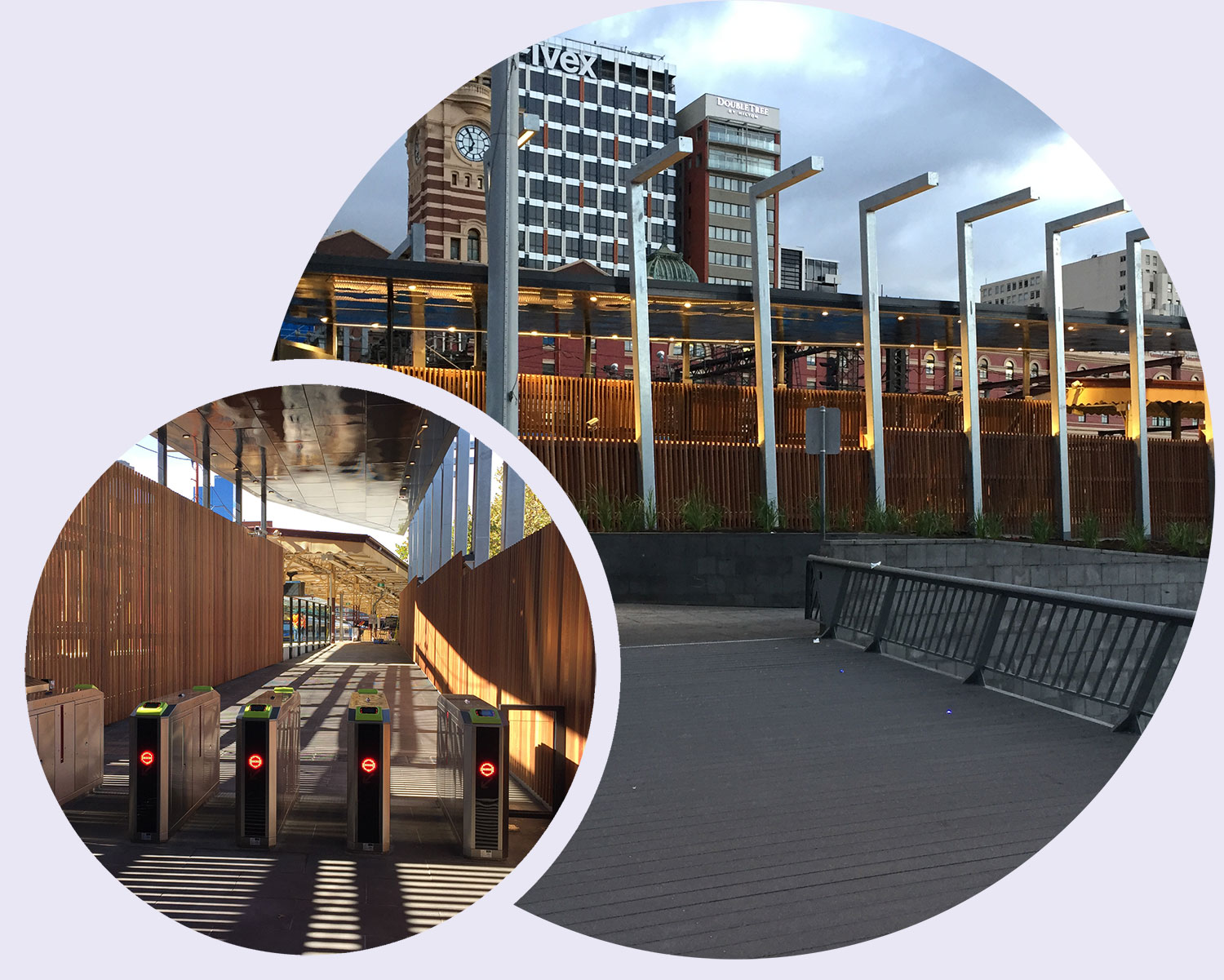 As part of Metro Trains Melbourne (MTM) on-going programme to improve the customer experience at Flinders Street Station, Global Rail Australia was awarded the contract to deliver the installation of a new entry ramp linking the existing platform 10 and the Southbank district of Melbourne’s Central Business District.

The scope involved the various complexities with working around a live railway environment, accentuated further by integrating these works around Victoria’s largest train station. Flinders Street Station is widely acknowledged as the preeminent landmark on Victoria’s rail network and welcomes in excess of 110,000 patrons daily. A key challenge was mitigating any impact on passengers and services throughout the project.

Global Rail Australia undertook to provide a new public access ramp with a modern overhead canopy designed to complement the existing heritage listed canopies. In addition, improved back of house facilities such as drivers huts and storage compounds also formed part of the scope.

Having a multi-disciplinary workforce with rail, civil and structural installation expertise, Mechanical and Electrical plus general construction capabilities, along with in house construction management, allowed Global Rail Australia to provide a compelling bid and ultimately deliver a highprofile scope of works in the heart of Melbourne’s Central Business District. 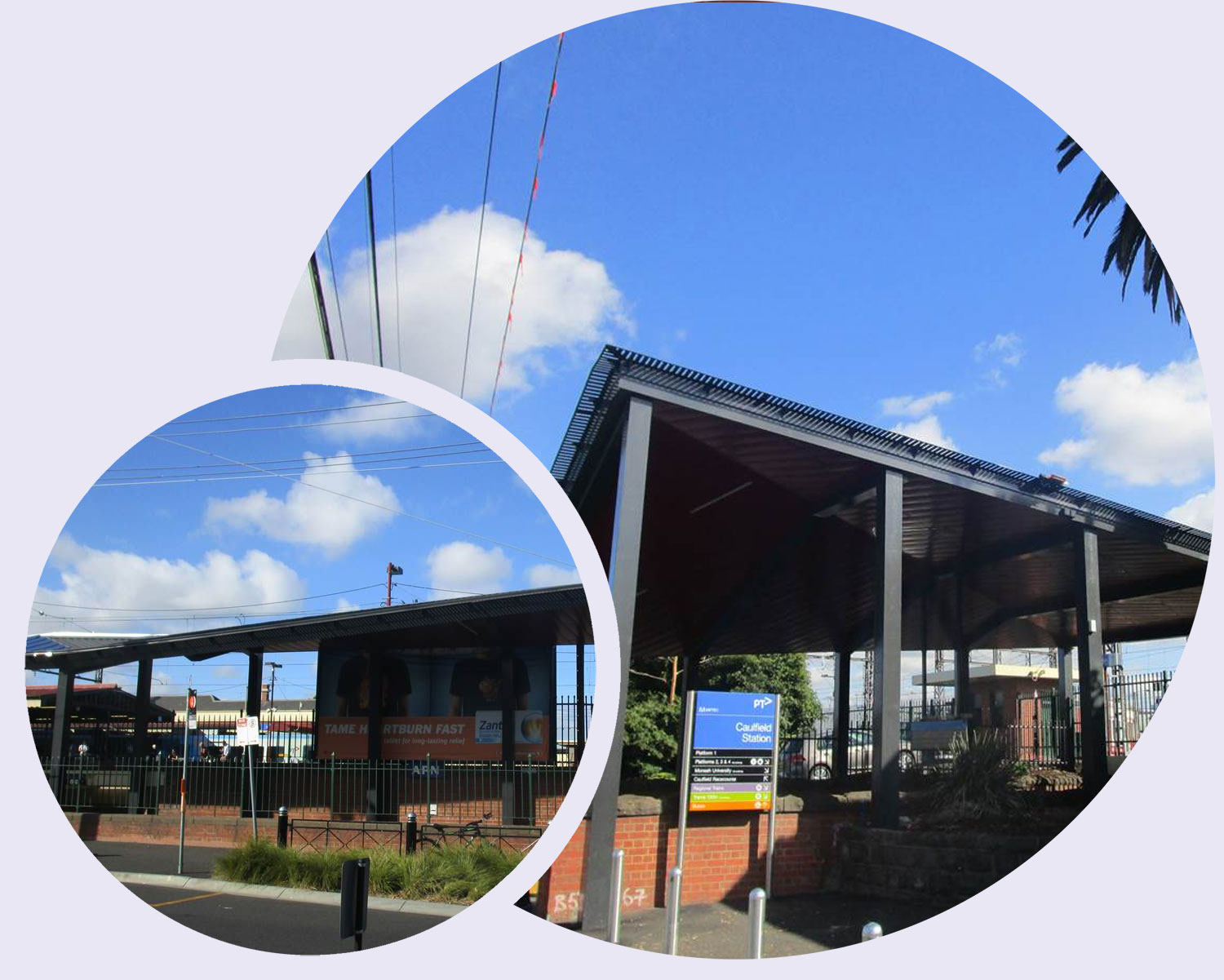 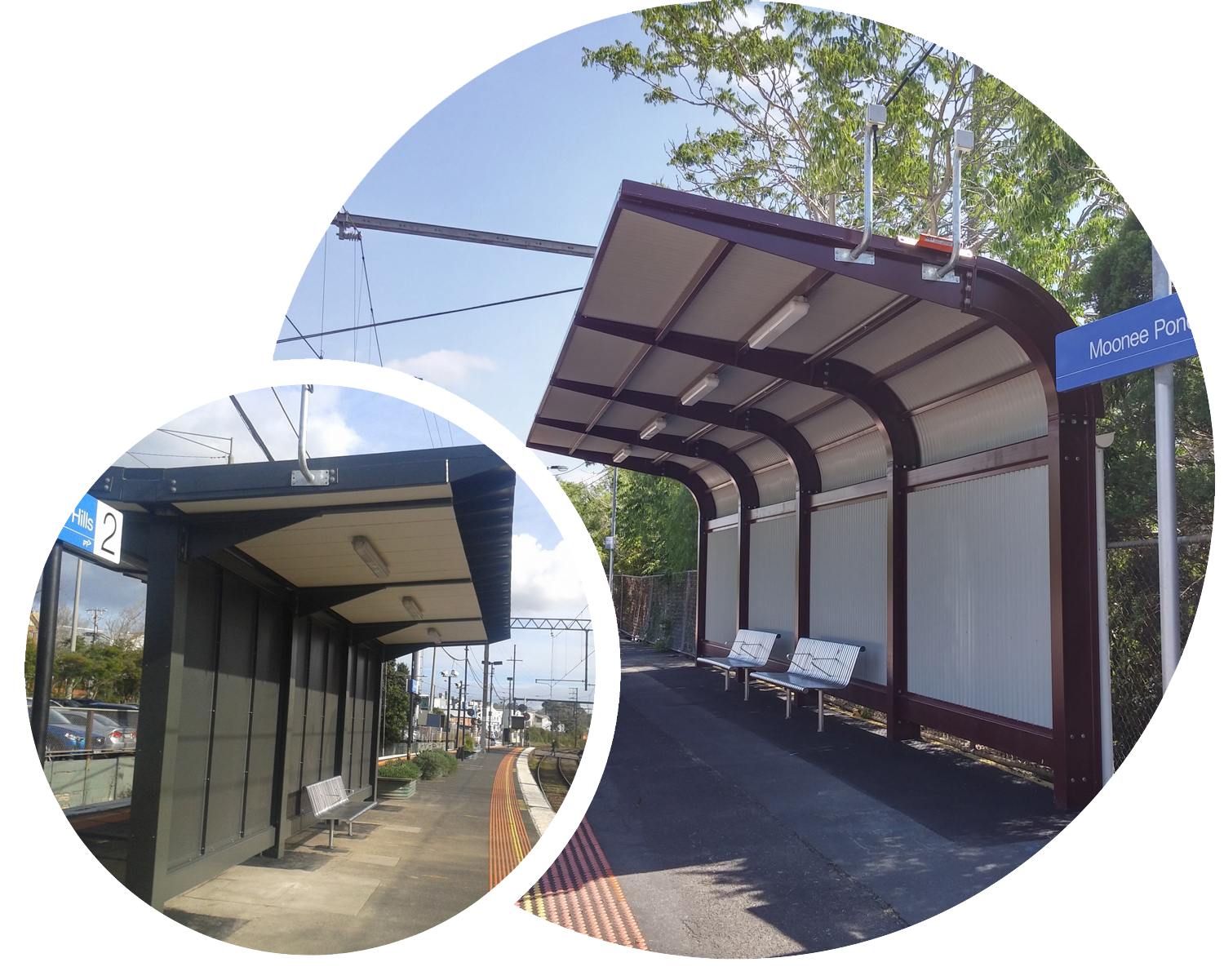 As part of Metro Trains Melbourne on-going program to improve the railway network, Global Rail Australia were initially awarded a contract to install 10No platform shelters of various sizes across the metro networks metropolitan stations.

The works commenced in April 2015 and form a fundamental part of the MORN programme to improve passenger experience at metropolitan railway stations around Melbourne.

The scope involves the complexities of working around a live railway environment, materials management and site logistics, to then construct at each site a new shelter consisting of a fabricated and powder coated structural steel frame, a new roof, guttering and downpipes, perforated side panels, new seating and associated bases, new ceiling panelling and electrical lighting works.

Having a multi-disciplinary workforce including Civil and Structural Engineering, M&E and General Construction along with in-house project management, allowed Global Rail Australia to provide a compelling bid, deliver to program and produce a high quality finish on every occasion. 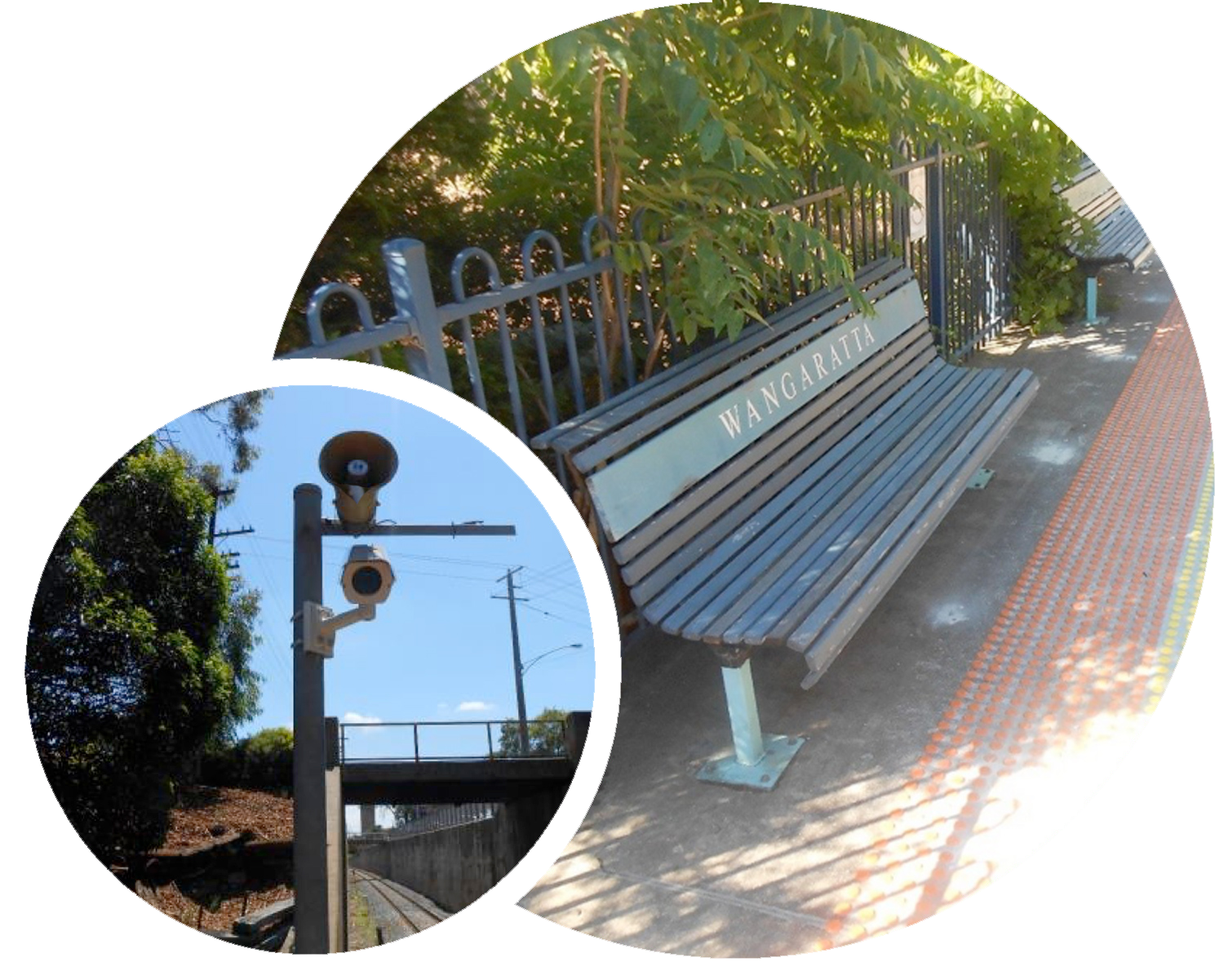 Global Rail Australia successfully secured by competitive tender the design and construction of platform upgrade works at both Wangaratta and Benalla stations by V/ Line – the government-owned corporation that operates the regional passenger train and coach services in Victoria, Australia.

Offering an innovative design solution for the works, Global Rail Australia’s proposal, provided V/Line with a cost effective multi-disciplinary solution and a fully managed service that both minimized disruption and reduced the requirement for operational interface at each station. This project to upgrade redundant platforms at Wangaratta and Benalla Stations, was necessitated by the increase in freight and passenger services and allowed these stations to be brought fully back into service.

The scope of the works which included tactile tile installation, augmentation of the existing CCTV and PA systems and associated access works at Wangaratta – including the upgrade of the platform ramp, adjacent landscaping, removal of sleepers, new signage and application of a non-slip coating – allowed Global Rail Australia to supply the full breadth of its in-house services across, M&E, civil engineering and general construction. Operating in a live railway environment, Global Rail Australia – having worked on numerous railway projects – worked under the supervision of a Track Force Co-ordinator and Look-outs throughout the extent of the works. 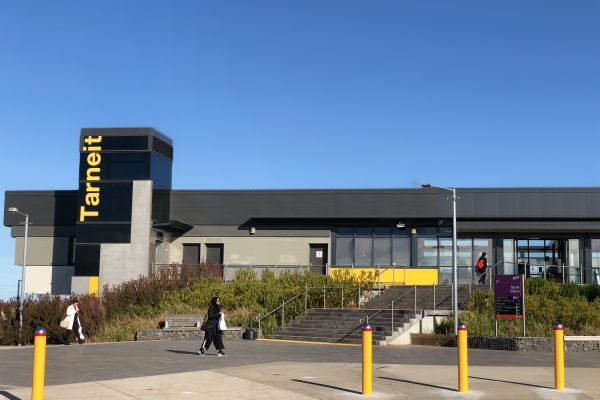 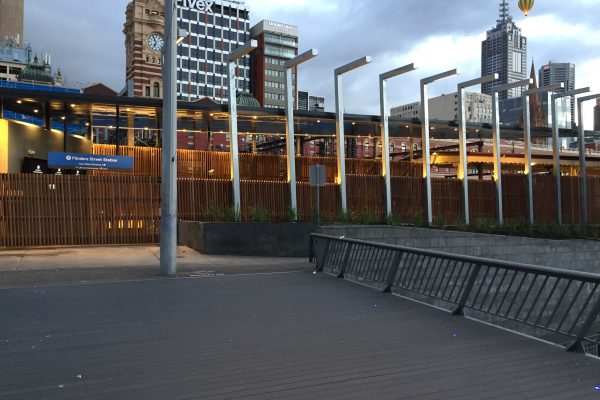 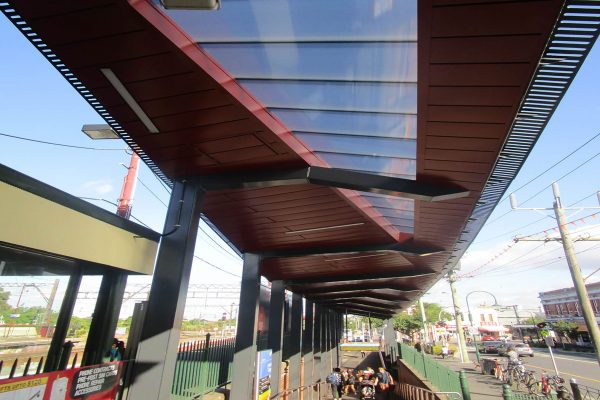 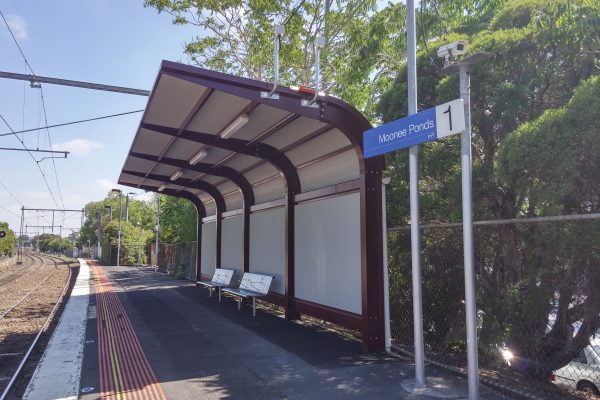 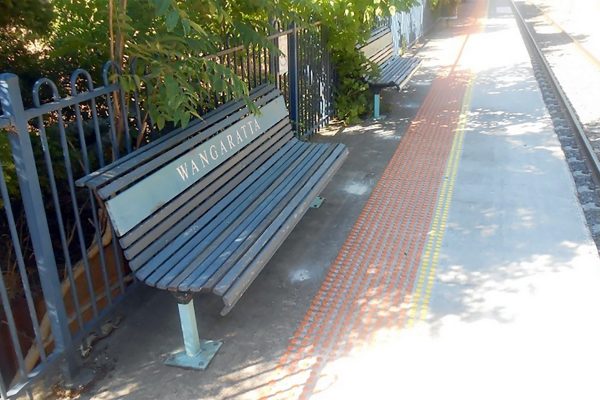