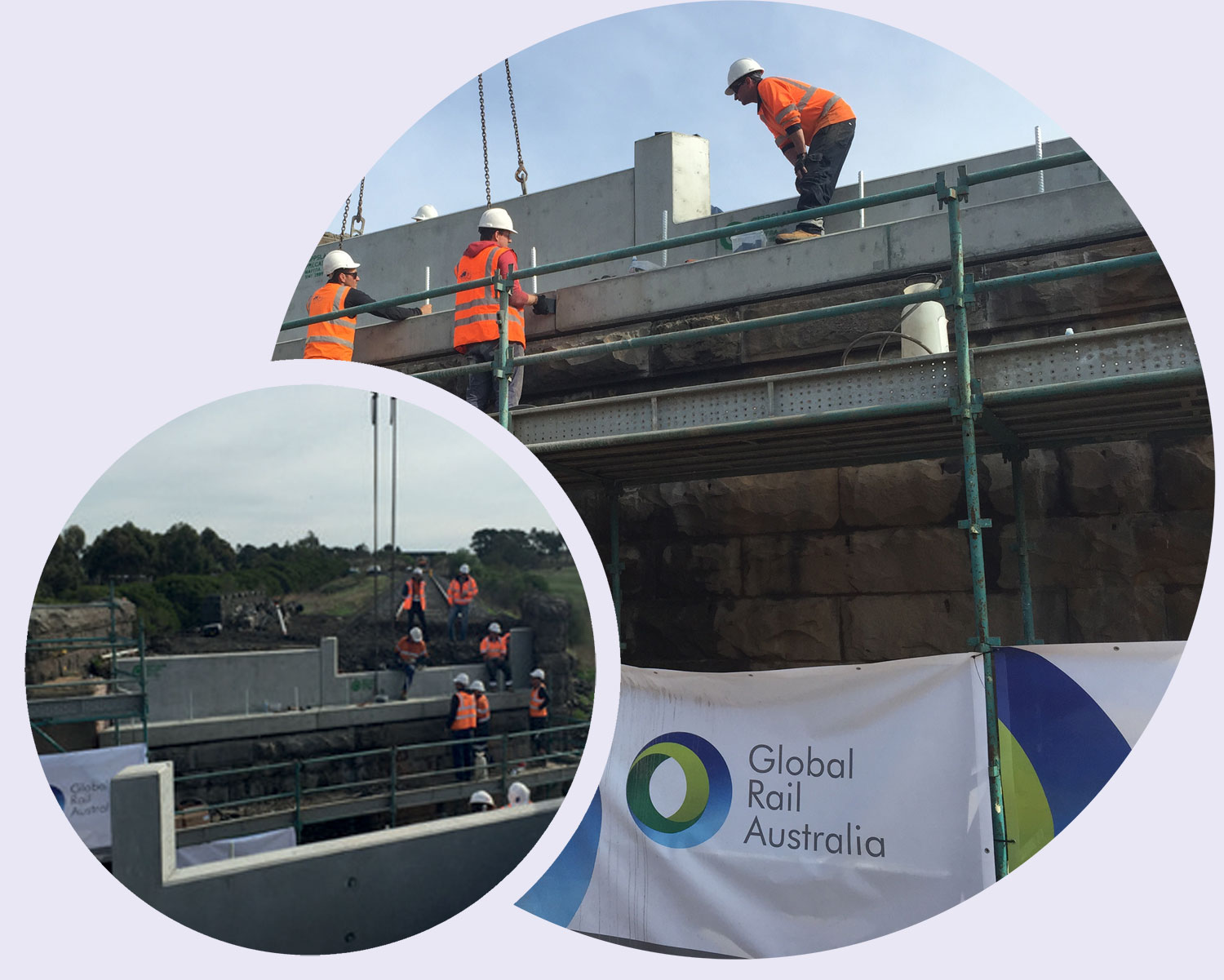 Global Rail Australia secured via competitive tender the contract on behalf of regional train operator V-Line in 2016, to provide a full turnkey civil and structural engineering service, for the fabrication and installation of a new bridge superstructure in Victoria.

The existing Railway Bridge, sits on the Ballarat passenger service line at O’Connor, serving the regional districts of Victoria.

V-Line as part of a large programme of rail upgrades, selected Global Rail Australia as the preferred contractor to replace the life expired wrought iron and timber structure with a newly fabricated concrete superstructure.

The works required careful planning and involved detailed surveys, production of detailed shop drawings for the new deck and walls, pre-installation testing of the fabricated concrete sections and the replacement of the bridge during a three-day occupation of the railway line.

Scaffolding was erected on O’Connor Road adjacent to the bridge abutments and during the railway closure, the existing tracks were lifted out and the rail ballast removed, to facilitate the removal of the old structure.

The new bridge deck and walls were then lifted with a 100 tonne crane – fully facilitated on site by the Global Rail Australia’s specialist civil and structural engineering crew. These were then carefully lowered into position, where Global’s site engineering team could fix them into their correct positions.

Due to the railway closure alternative bus services were laid on to enable passengers affected by the closure to travel around the works.

Works were completed on time and the project was handed back on 22nd May 2016. 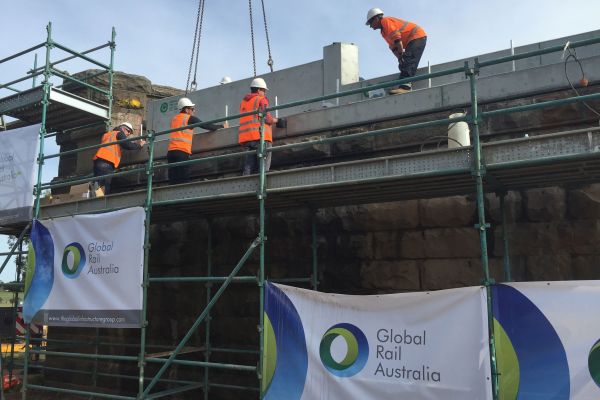