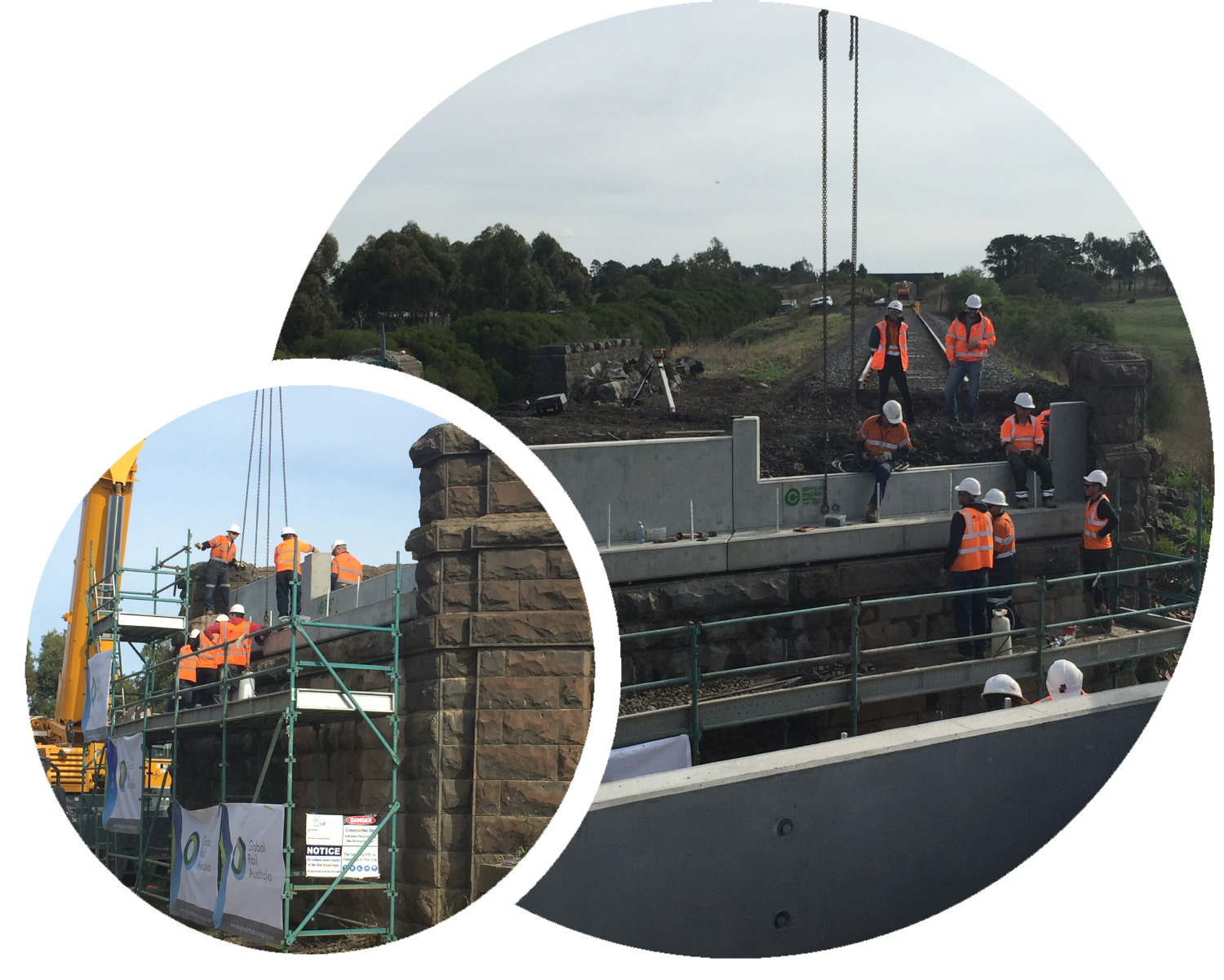 Having successfully secured the contract on behalf of regional train operator V-Line in August, to fabricate and install a new bridge superstructure in Victoria, Global Rail Australia completed the bridge installation works during a major railway occupation over a weekend shutdown starting on 19th May 2016.

Having already pre-fabricated the superstructure Global Rail Australia, were able to confidently strip out the existing life-expired structure, safe in the knowledge that the new bridge superstructure was within tolerance.

Having established an excellent working relationship with V-Line on previous projects, the team were able to co-ordinate their activities with the client and minimise the impact of their operations on the client and their stakeholders.

Providing a full turn-key solution allowed Global Rail Australia to act as the single point of responsibility throughout, managing staff and specialist suppliers to ensure that the track was re-instated and the railway was fully handed back on time at the end of the occupation on 22nd May 2016.