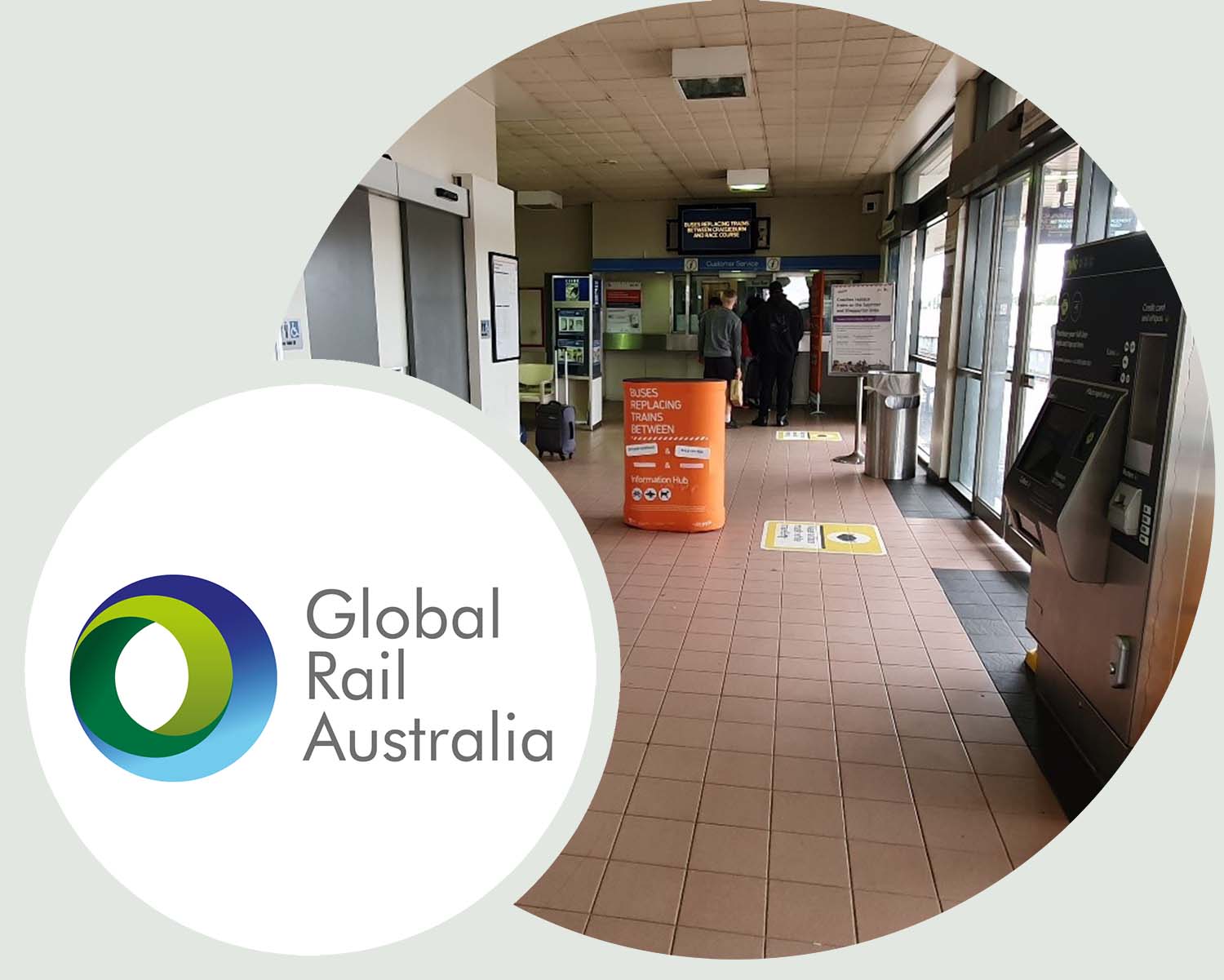 Global Rail Australia has completed a railway civils project to refurbish the waiting area at Broadmeadows Train Station – on the Craigieburn line in Victoria – which is managed by rail operator Metro Trains Melbourne (MTM). Global Rail Australia were contracted by valued client – MTM – to remove the existing tiles, remove existing seating, prepare, and paint the walls, install new tiling, install new seating, and install new wire mesh fencing. Most of the work was completed at night with no trains running on an ALBF (after last before first) basis, in order to minimise the disruption and impact to rail passengers and MTM staff. The full scope of works included:

The team at Global Rail Australia provided a detailed staging program and procurement plan for MTM, which were the keys to the success of the project. This resulted in no reports being raised by the public or client and furthermore, no industrial relations being encountered. By providing the necessary pre-planning and project management expertise to succeed on this project, Global Rail Australia delivered it in a timely manner, with no incidents or safety concerns.