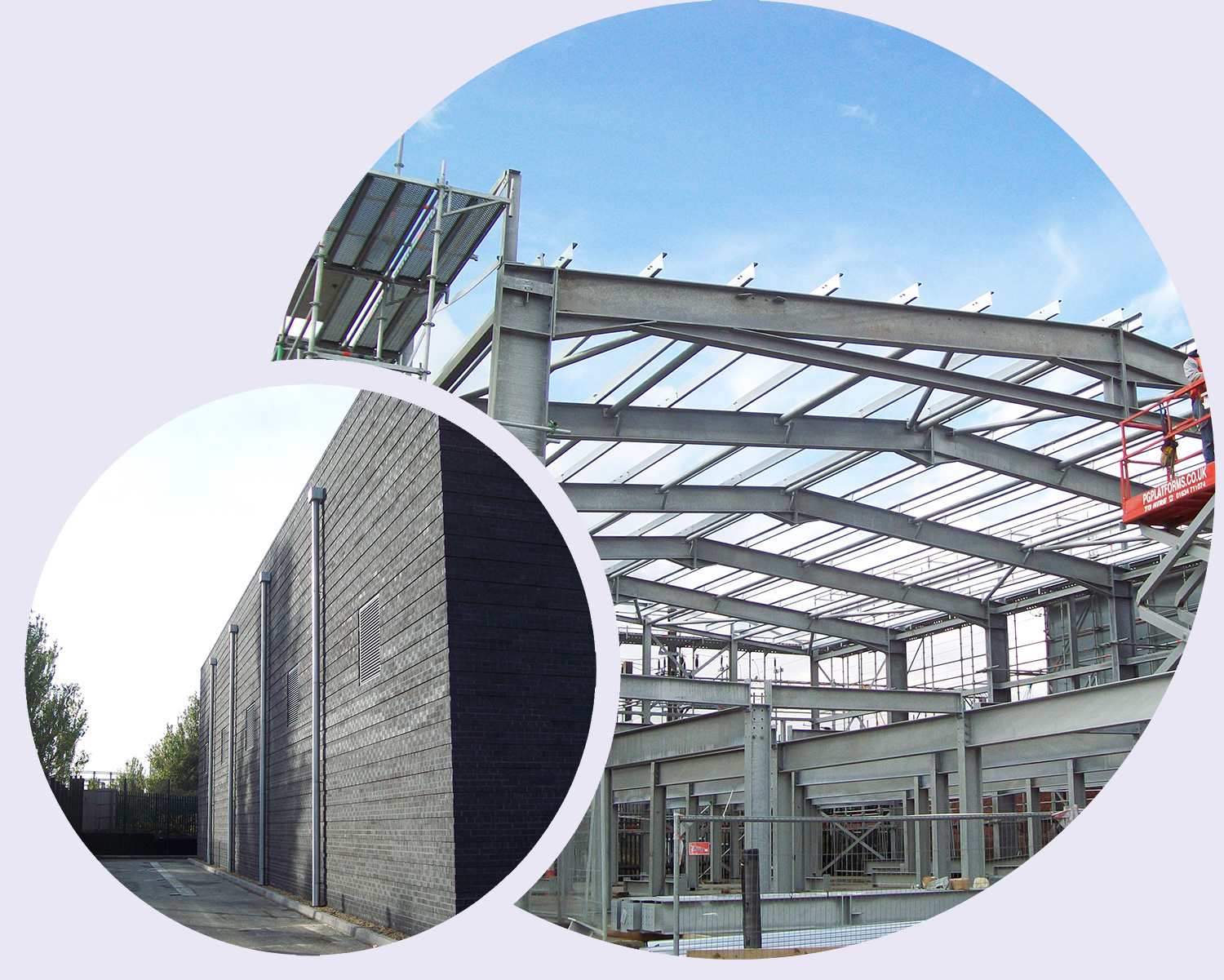 Global Rail Construction Ltd (GRCL) was awarded a £3m design and construct contract associated with eight existing and one totally new substation at West Ham on the Metropolitan & District Line. Having worked closely with the client at tender stage in support of their bid to LUL, GRCL fully project managed all aspects of the design and construction of the civil and building elements of the work. The existing substations were: Campbell Road, East Ham, Heathway, Hornchurch, Plaistow and Upminster Bridge.

In general, works at these substations were to strengthen and alter the existing buildings and structures to allow the positioning of new transformers, switchgear, cables and ancillary equipment or provide new bases, structures and building extensions to support and house the same. 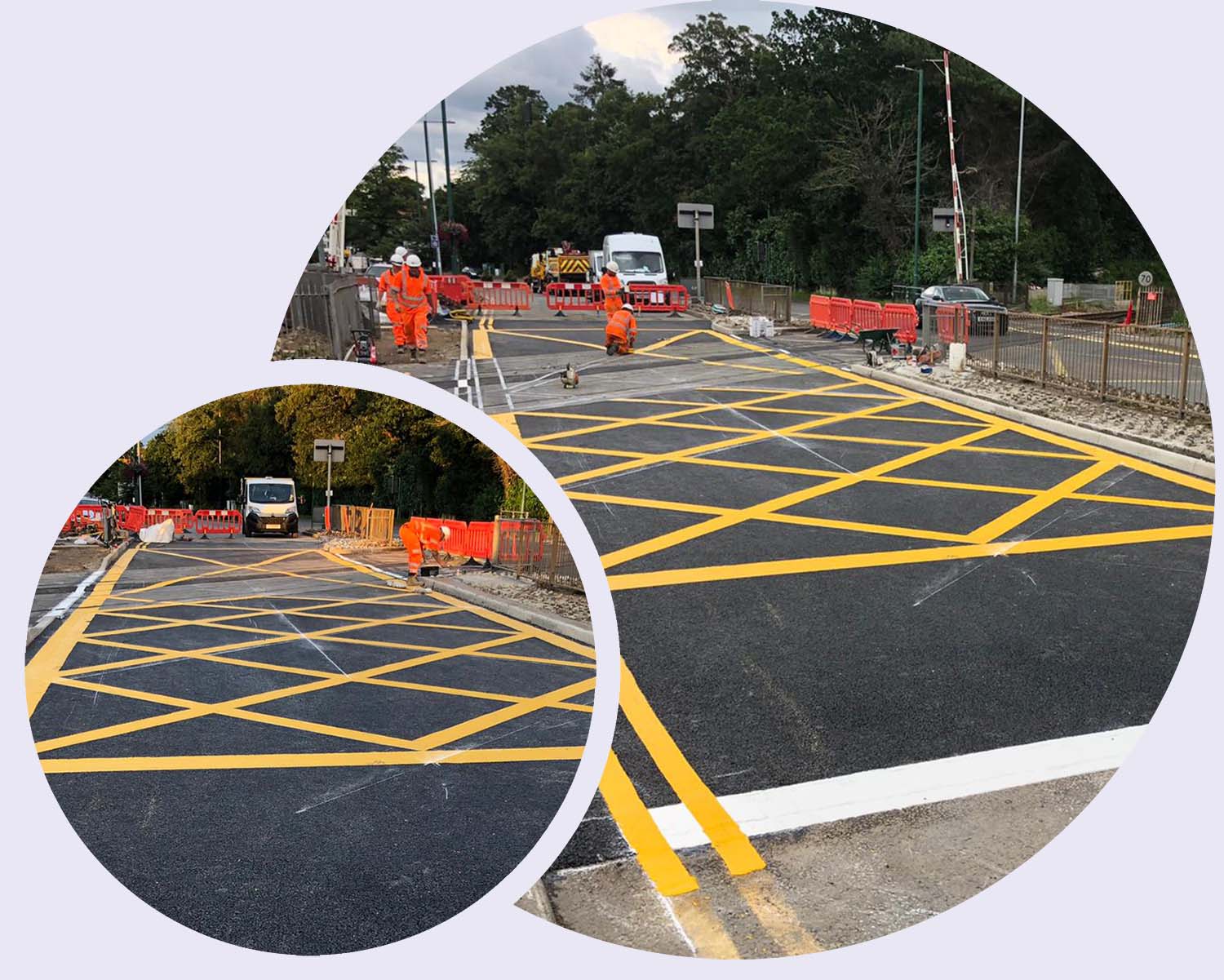 Global Rail Construction Limited (GRCL) was awarded a multi-disciplinary contract on behalf of Atkins Global for the Civil and S&T installation works for a new level crossing at Sunningdale, which falls within Feltham Resignalling Phase 2.

The overall Feltham Resignalling Project covers the renewal of all signalling assets. Its area is covered by seven scheme plans, with delivery broken down into six separate Phases that align approximately to the Signalling Scheme Plan boundaries, Feltham ASC Signallers panels and Wokingham Signal Box.

Within the early advanced scope of Phase 2 was Sunningdale MCB-CCTV, which is subject to a full level crossing renewal – due for completion in November 2021. The scope encompasses life extension works with addition of barrier repositioning and narrowing of carriageway. 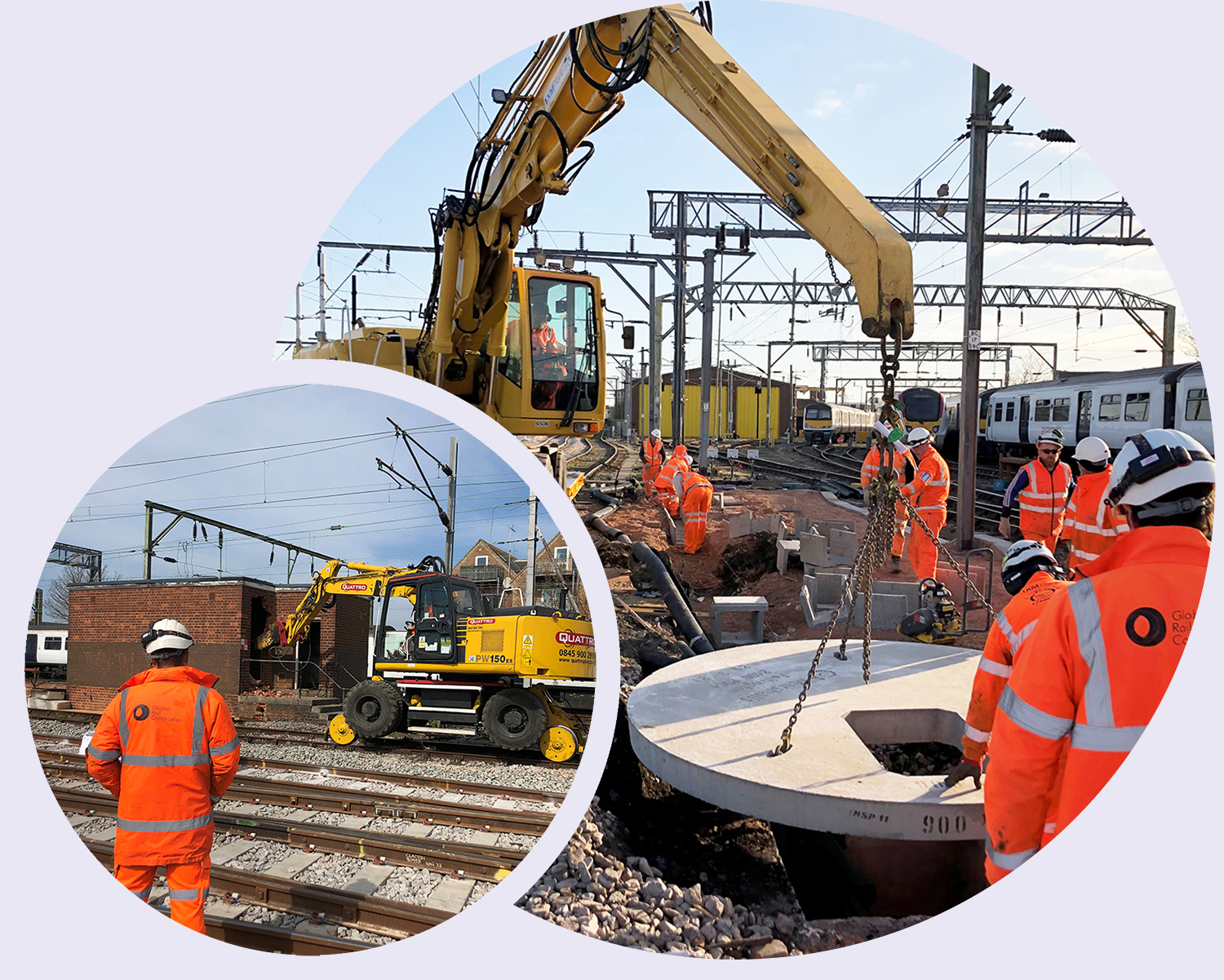 Global Rail Construction Limited (GRCL), has successfully completed a railway civil engineering design and build programme of works on behalf of partner Atkins Global, to support the upgrade the signalling systems in the Clacton-on-Sea area.

The Clacton Resignalling Projects’ principle driver was the asset condition of the interlocking and associated track infrastructure at the throat of Clacton-on-Sea station.

Much of the signalling in the area dated back to 1958 and utilised a lever frame dating from 1891. There was a mixture of semaphore and colour-light signals, controlled by a mechanical/electro- mechanical lever frame. There was also a mechanical ground frame at Clacton Station. The existing signalling equipment has been previously subject of life extension works in both 1996 and 2004.

Many components were obsolete and only available on a repair and return basis. Most of the existing location cases had considerable corrosion. The signalling uses some single-cut circuits which are the subject of ORR concern. Searchlight signals were installed on this line, with known Wrong Side Failure (WSF) modes. P-Style relays in the lower portion of the box were recognised as susceptible to sliver migration. So, these works, will minimise maintenance and reduce whole life costs. 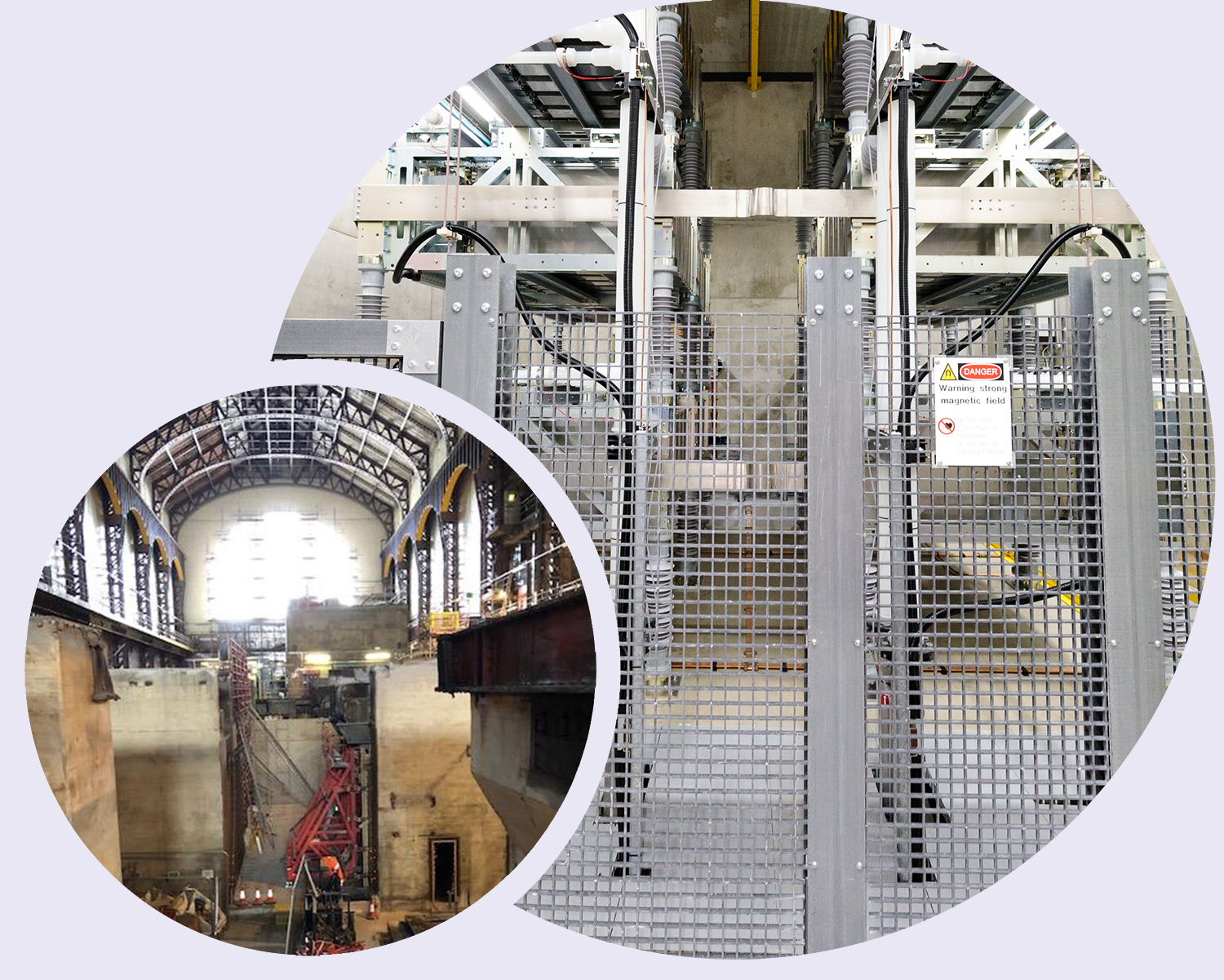 Access to the substation was via the Old Woolwich Road, which was challenging. An internal substation access road was used for all construction logistics and deliveries with minimum disruption caused to the local residents.

Whilst on site, GRCL were awarded a variation to provide further civils installation works associated with the extension to the existing 22kV Switch room located on the 1st Floor of the Sub-Station.  These works included the demolition of the existing wall, strengthening of the floor using steel support and concrete screed, blockwork walls, self-levelling screed, door installation and plinth foundations. 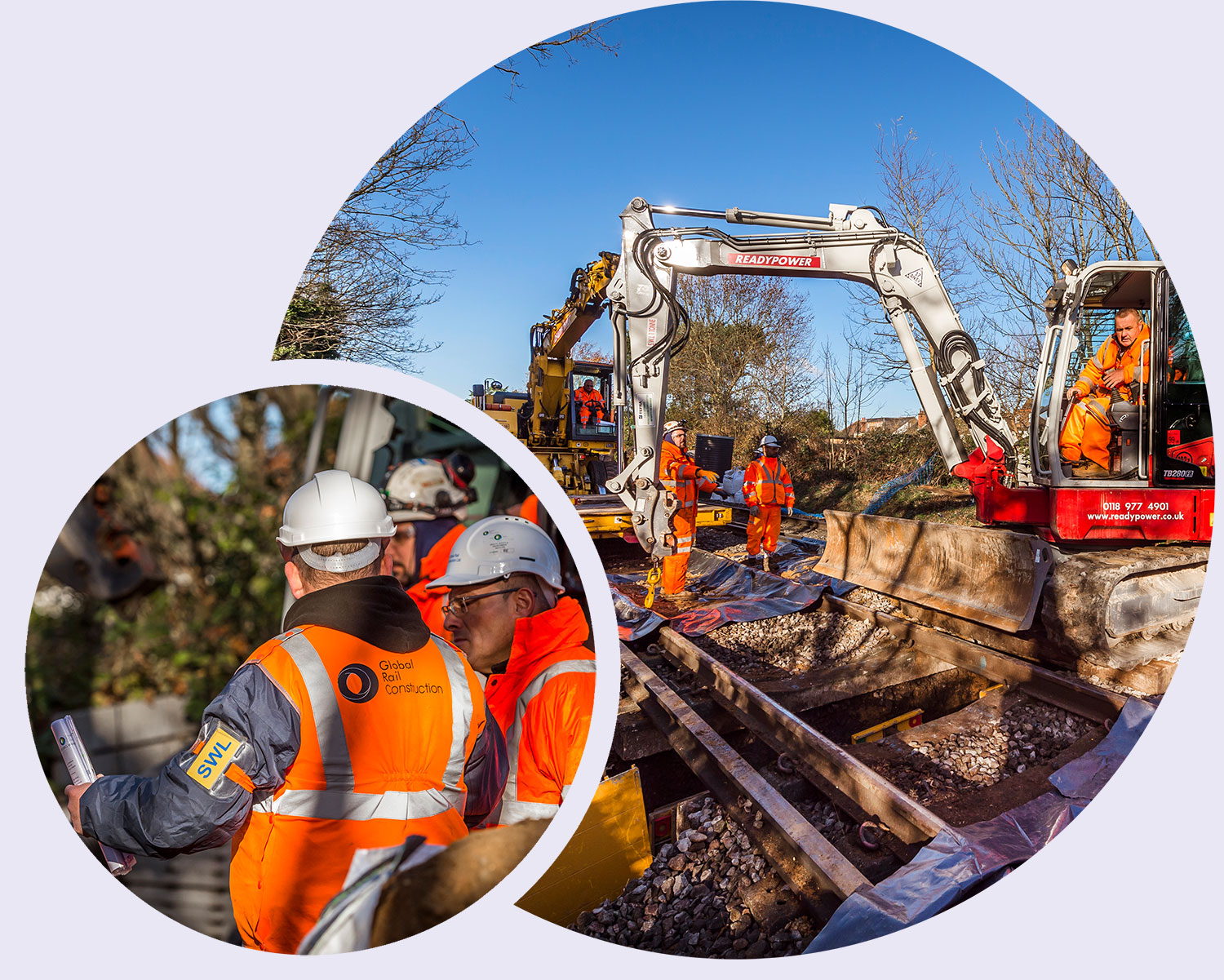 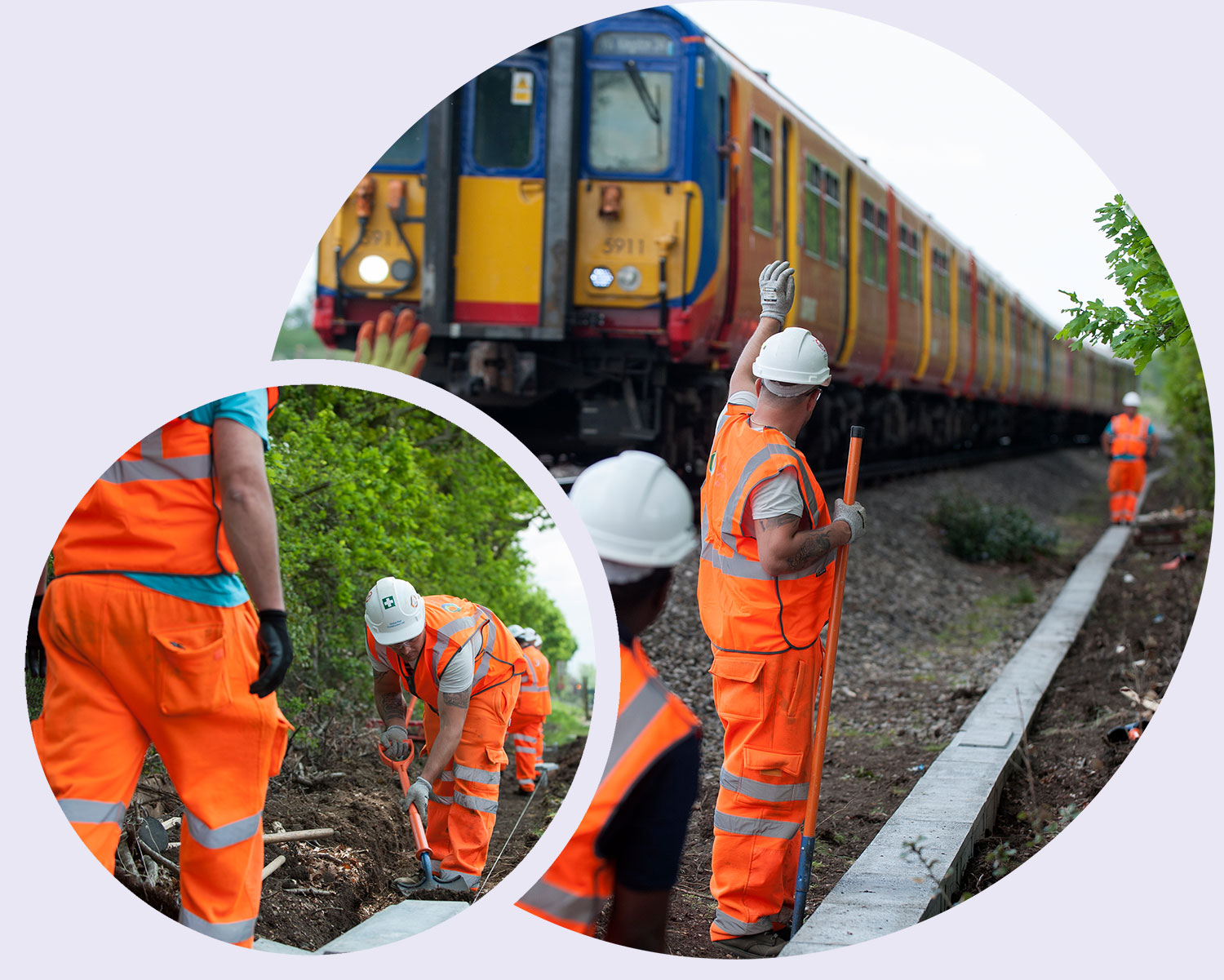 The geographical work-scope, which covers over 80 miles of railway lines also included, for the first time, the introduction of Atkins brand new signalling system – Elix.

Works were planned during mid-week days and nights, Saturday nights and four 28-hour railway possessions between weeks 48 and 14, leading up to a 15-day blockade commencing in Week 16, between 16th and 31st July 2016.

Having a multi-disciplinary workforce including rail, civil and structural installation expertise, along with in-house project management, and having previously delivered time-pressurised re-signalling schemes, allowed Global Rail Construction to provide a delivery solution, one which the client readily accepted. 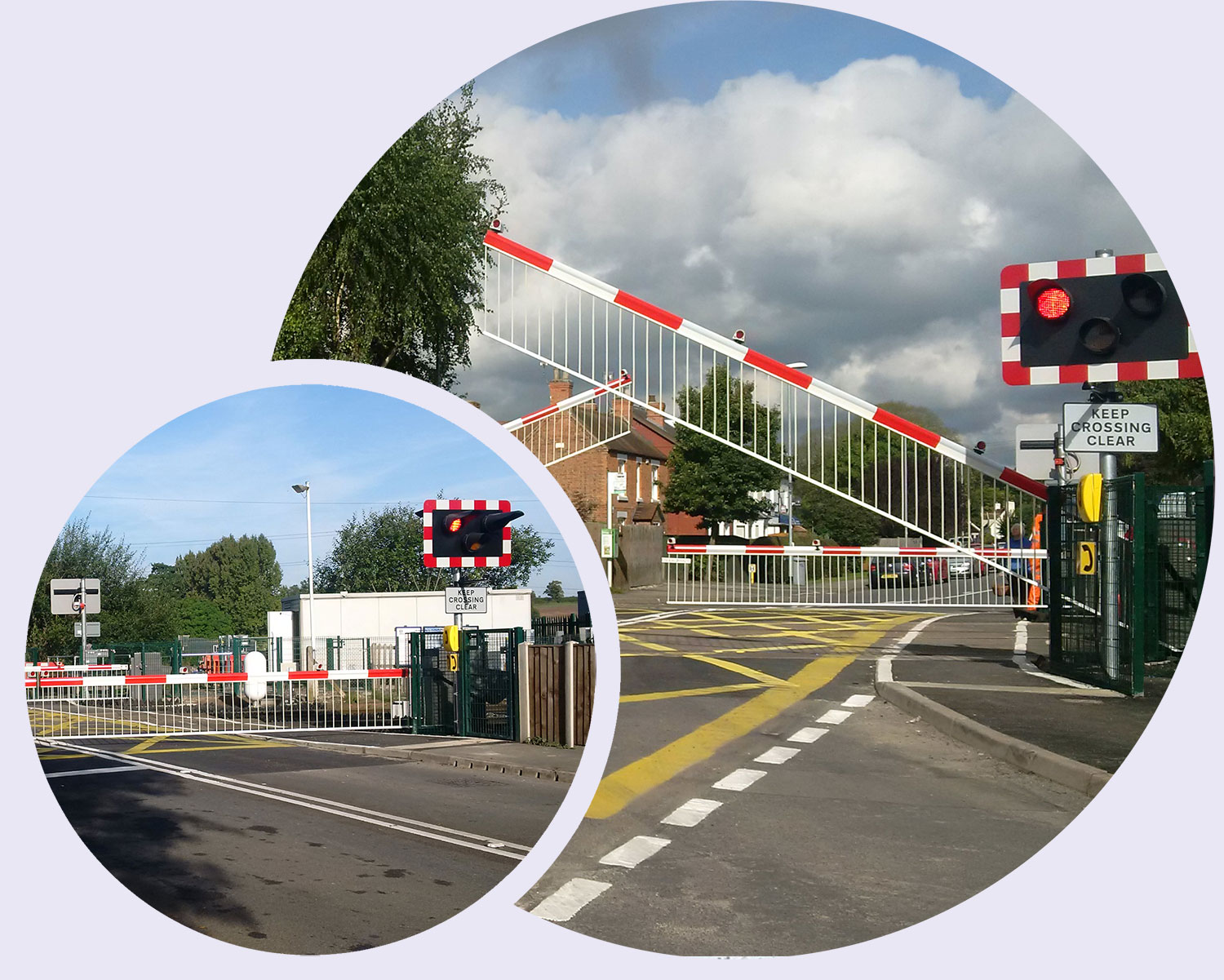 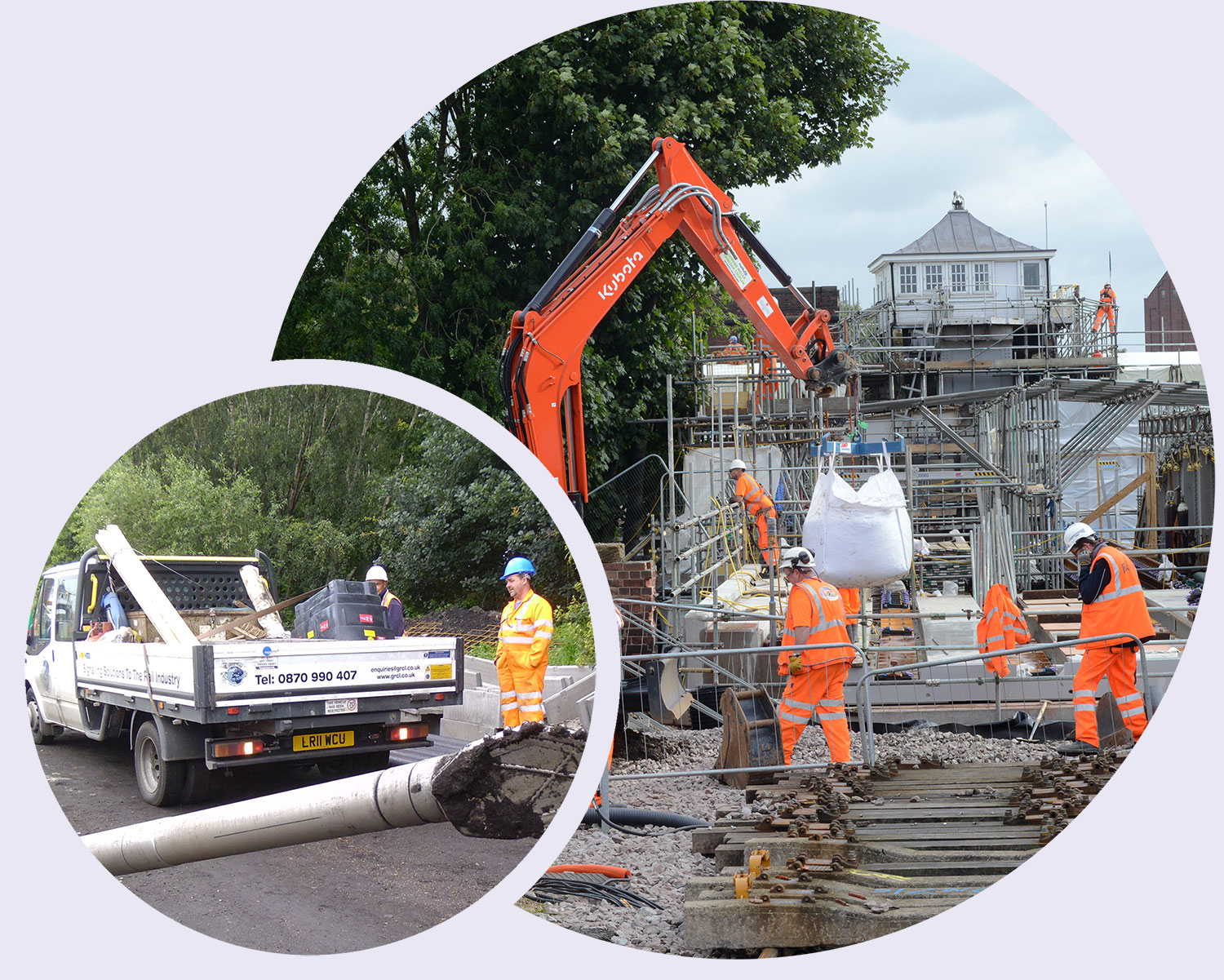 Global Rail Construction were selected by Siemens as design and build civil engineering contractor for a Horizontal Directional Drill (HDD) that was required to cross under a Grade 2 listed building, the Great River Ouse, Ouse Road and the East Coast Mainline railway in the heart of Selby town centre.

The civil engineering works, which formed part of the Selby Rail Swing Bridge Signalling Interlocking Renewal being undertaken by signalling product specialist Siemens, were being specifically undertaken to renew the existing electricity cables, which had been installed in 1956 and were located under the river.

The project consisted of the replacement of the swing bridge cabin signalling interlocking onto a new interlocking building, incorporating new lineside equipment from locations 128, 129, 130 and 131, which also required cables to traverse into the river at this location. The conventional approach of simply running the signalling cable across the bridge was not appropriate, as one 40m span of the swing bridge – which was built in circa 1900 – allowed river traffic to pass. Hence, Global Rail Construction designed a suitable ducted solution to carry telecommunication, signalling and power cables on behalf of their client. 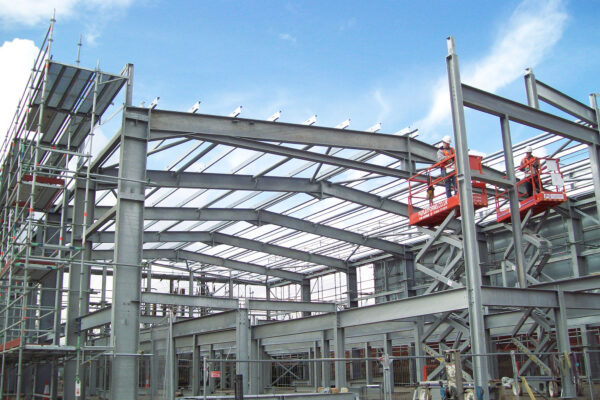 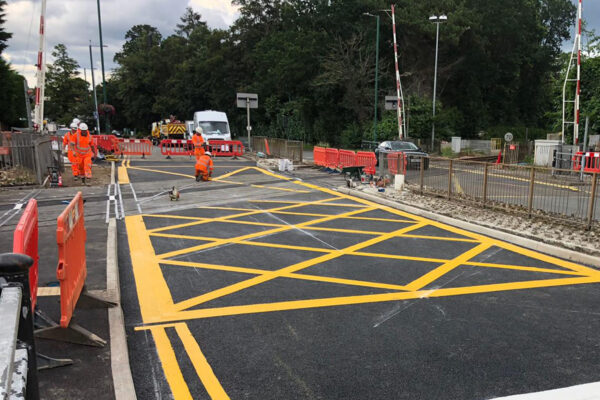 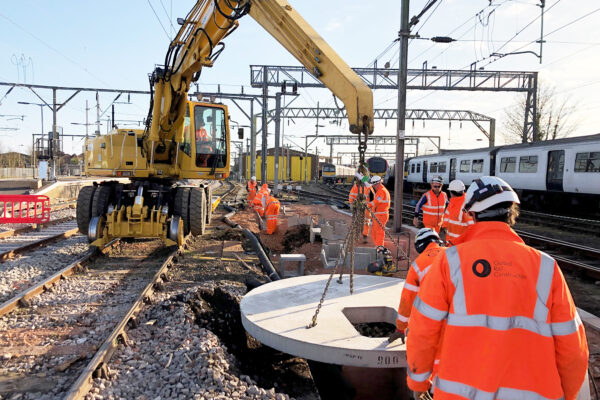 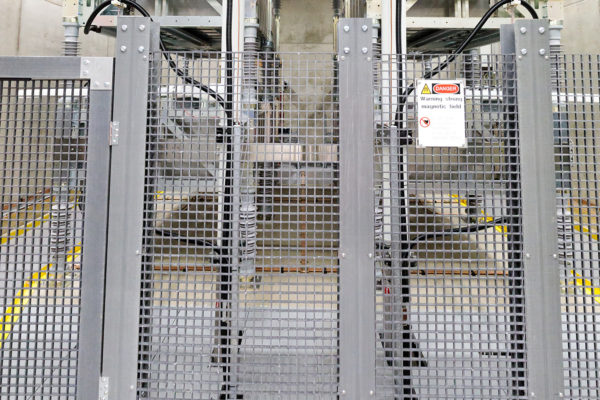 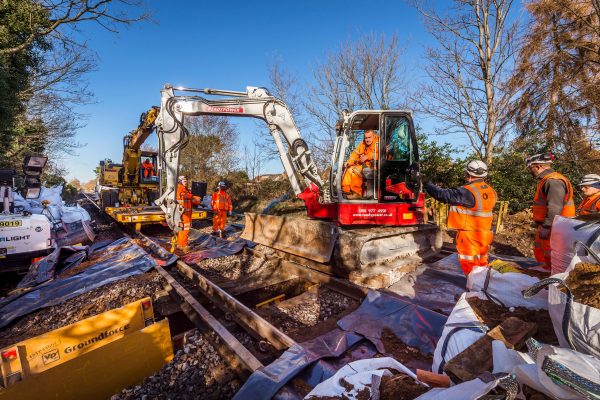 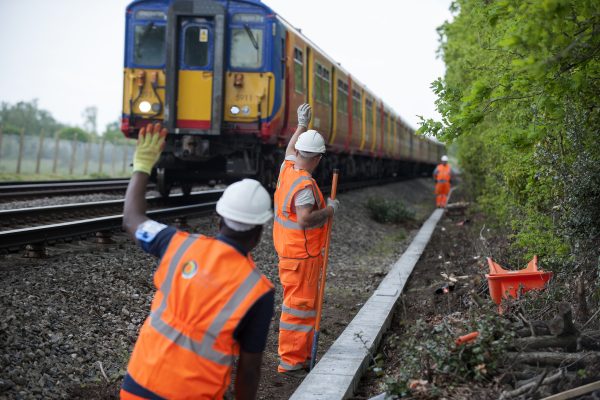 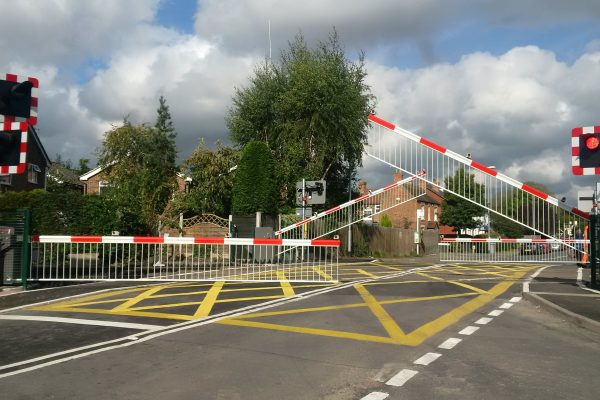 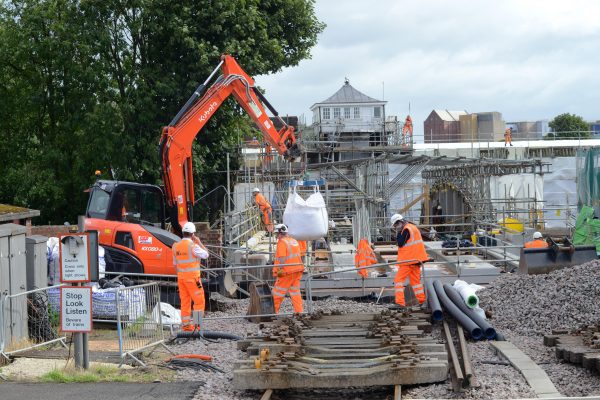