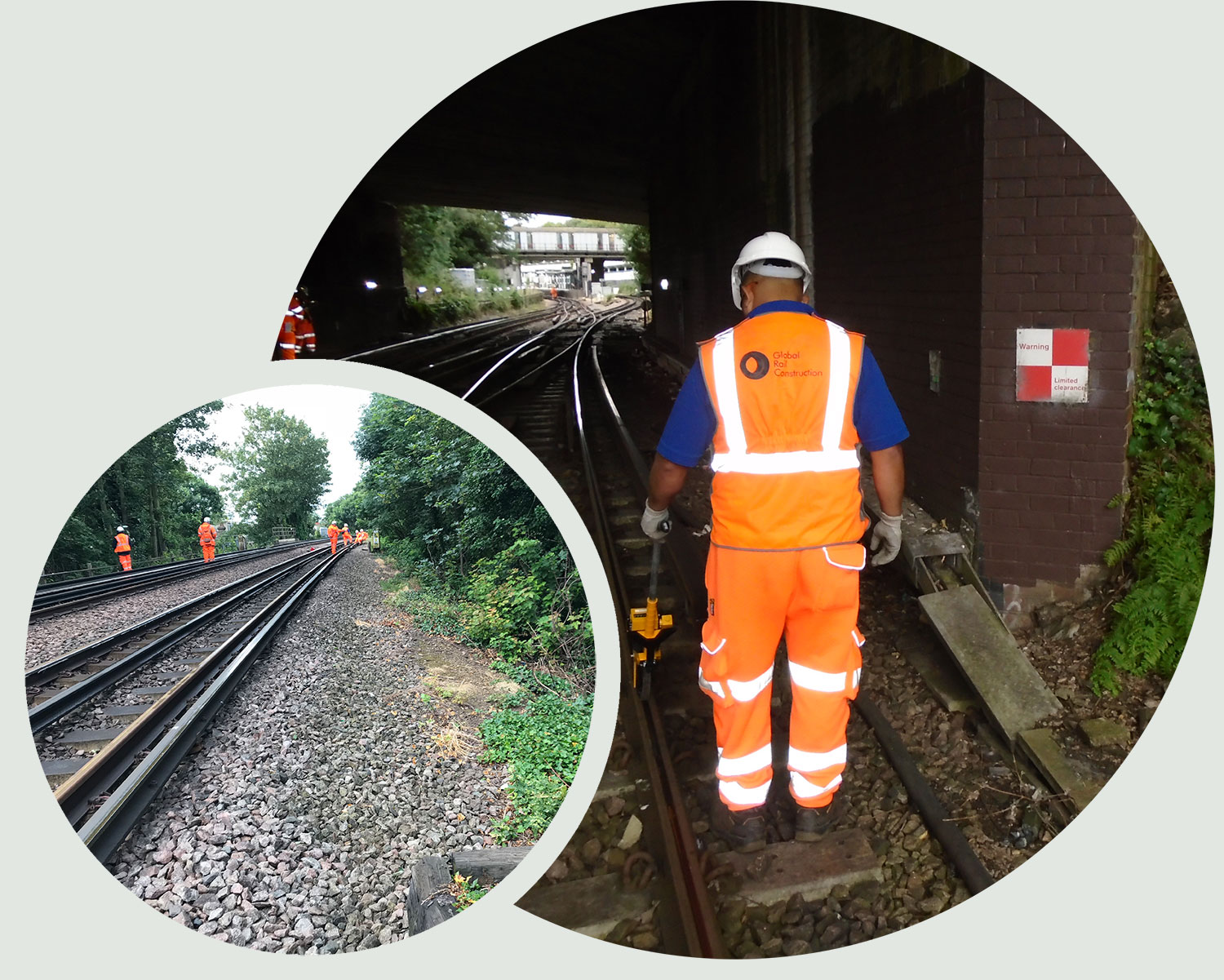 The contract includes the production of GRIP 4 and 5 designs for a cable management system, to provide a continuous and secure CRMS to support Power/Signal cables (Primary) and fibre optic cable (Diverse) between Gunnersbury Junction and Richmond Station on ELR SAR2.  The wider contract also includes further cable management on ELR SAR1, heading towards Action Wells, and on the ELR ATG towards Turnham Green.

Intensive site surveys have already commenced (during Week 12), to determine the route from Richmond towards Gunnersbury (ELR: SAR2) via Kew Garden. This includes the additional route from Gunnersbury towards Acton Well (ELR: SAR1) and Turnham Green (ELR: ATG).  GRCL will produce feasibility reports including surveys of the existing route and option analysis which will be produced and submitted to BAM Nuttall for approval.

The final report will include the following details:

GRCL’s involvement is part of the wider Four Lines Modernisation (4LM) Project. Which will see the replacement of all the signalling equipment on all Circle, District, Hammersmith & City and Metropolitan lines, all of which will be monitored from a new control centre currently under construction in Hammersmith replacing the numerous signal cabins and service control centres across the four lines.  The new signalling system uses a moving block system otherwise known as Communications Based Train Control (CBTC) which uses Wi-Fi to constantly let controllers know where trains are and how fast they are going. Precise speeds will be set by computers so trains will be able to run at higher speeds and closer together. This will provide Central London with a maximum service frequency of 32 trains per hour (every 2 minutes) by the time the upgrade is complete in 2023.